Eversheds Sutherland has made available a recording of a webinar where a panel answers some of the most common questions clients have asked us over recent weeks as well as digging into more detail around how your business should proceed with specific legal and technical challenges.

On 6 April, Cadwalader Wickersham and Taft LLP published an article – one of very, very many concerned with the coronavirus and its effect on business and business activities – saying that, in the context of COVID-19, there are significant challenges involved in conducting due diligence: hard-copy documents are inaccessible, in-person meetings have moved online, and on-site visits may be impossible.   It provides advice on how companies can and should nonetheless continue to comply with the law by adjusting policies and procedures, mitigating new risks that arise through the use of alternative diligence methods, and by staying abreast of changing regulatory expectations.

The Hong Kong Free Press on 6 April reported on an investigation which found that frozen meat smuggling to Mainland China remains frequent despite multiple operations conducted by customs and marine police this year, with smuggling syndicates said to be operating daily.  The smuggling operation is said to involve about 100 vessels each evening, largely outnumbering the only 1 or 2 government launches that patrol the scene.  It is said that, on average, criminals are suspected to be smuggling over 600 tonnes of frozen meat every day, more than the amount that customs and marine police have seized in the past 3 months.

On 2 April, Skadden published an article reminding one that in May 2019, the US government made available a private right of action under Title III of the Helms-Burton Act, which had lain dormant for over 22 years, which provides US nationals whose “property” was “confiscated” by the Cuban government with a special rights of action.  This activation created immediate risks for companies doing business with or involving Cuba.  Several claimants have brought actions under the provision, and the article says that recent cases afford some guidance to defendants (or potential defendants) as they analyse their exposure to Title III claims.

On 6 April, a Notice from HM Treasury advised that Ibrahim Mohamed Khalil had been removed from the Consolidated List in the light of EU Regulation 2020/483/EU.

On 6 April, OFAC added 3 Russian individuals and the RUSSIAN IMPERIAL MOVEMENT (which has numerous aliases) to its SDN Lists.  The move is the first time a white supremacist group has been named a “Specially Designated Global Terrorist” group by the US.  The Russian Imperial Movement is alleged to provide paramilitary training to neo-Nazis and white supremacists in Russia and elsewhere from 2 camps it runs in St. Petersburg, according to US officials.

Panama covid-19 update – 187 new confirmed cases, bringing total to 1,988, with 54 fatalities to date.  This was the first total shutdown Sunday, with no-one out and about.  Mind you, the TV shows some arrests, including a rooftop BBQ and pool party, for violating the lockdown.  There’s no accounting for some people’s idiocy and ignorance…

THE 4 e-KYC MODELS AROUND THE WORLD

On 5 April, Regulation Asia published an article identifies 4 e-KYC models in use across the world, saying that harmonisation and consolidation of these schemes is likely.  The 4 types identified are –

On 4 April, the Scottish Sun reported that the Russian-born tycoon, 72, former owner of Edinburgh-based Hearts football club, is one of 13 former Ukio Bankas officials now named as suspects in the alleged embezzlement.  Lithuanian prosecutors allege that Romanov and other bank execs abused their positions of trust over many years by “issuing loans for private purposes”.  All the suspects have been charged with money laundering and misconduct in a public office.  However, Romanov, who held 65% of the shares in Ukio Bankas, fled to Russia in May 2013 and was granted asylum, and attempts to extradite him have failed.

BENIN EX-FINANCE MINISTER GETS 20 YEARS IN PRISON FOR FRAUD

On 5 April, BNN Bloomberg reported that Komi Koutche, 43, a former finance minister in Benin, was sentenced to 20 years in prison for money laundering and embezzlement of state funds.  State funds went missing during his time as director for the state-owned National Micro-Credit Fund.

Koutche currently lives in the US and was sentenced in absentia.

On 5 April, CGTN reported that a court has seized a 26% stake in Portuguese telecommunications company NOS from a holding company that is co-owned by Isabel dos Santos, the daughter of the former Angola president and reputedly Africa’s richest woman.  Angolan courts froze her assets in December, alongside those of her husband, after it was alleged that they took part in deals with state-owned companies that ended in government losses of $1.14 billion.

Bernama on 5 April reported that he former Honduras president, Rafael Callejas, 76, has died in the US whilst under house arrest in Atlanta.  After serving as president of Honduras from 1990 to 1994, Callejas moved into football administration and headed the Honduras Football Federation from 2002 to 2015.  He was indicted by the US DoJ in 2015 and pleaded guilty to racketeering and wire fraud charges in a New York court.

On 5 April, Reuters reported that Luckin Coffee Inc, the Starbucks of China, said it will maintain normal operations at its stores and apologised to the public, days after it announced an internal investigation had shown its chief operating officer and other employees fabricated sales deals.

LBMA, the London Bullion Marketing Association, a trade body whose membership includes traders, refiners, producers, miners, fabricators, as well as those providing storage and secure carrier services.  It has launched a new service, providing free online webcasts, of around 24 minutes, with the first 2 covering – 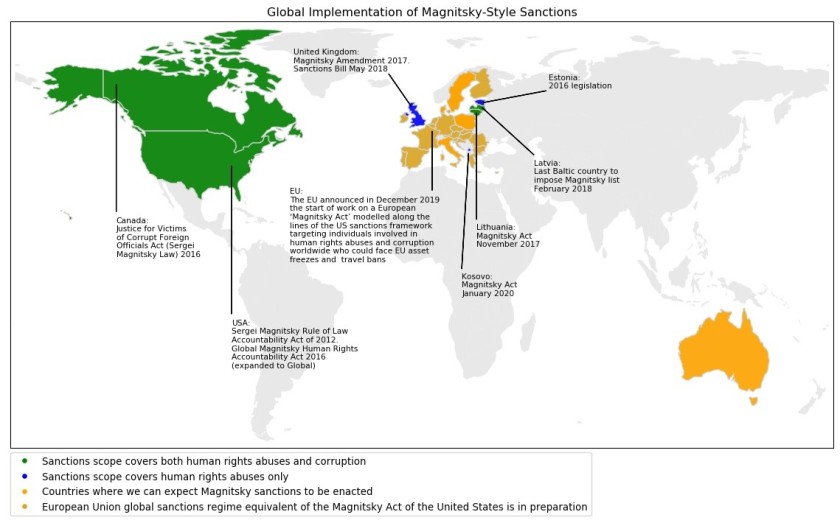 If you’d like to help me buy that (badly needed) new laptop or, even better, a new desktop to replace the one now 5,000 miles away – https://www.buymeacoffee.com/KoIvM842y