An article on the Ozy website on 17 November was concerned with the City of Capitals complex, a skyscraper that was once Europe’s tallest and with tenants that include the offices for Diageo, Italian fashion group Calzedonia and top Russian banks.  Neighbouring towers house government ministries, 5-star hotels and the country’s wealthiest business people.  It also has luxury apartments bought by the extended family of Syrian dictator Bashar Assad to keep tens of millions of dollars out of Syria as the country’s civil war raged.  Property registration documents are said to show that between 2013 and June 2019, the family and its associates — many of whom are under EU or US sanctions — purchased the luxury apartments.

FATF ACTION PLAN IMPLEMENTATION: TECHNICAL ASSISTANCE OFFERED BY EU TO PAKISTAN
One India and others on 17 November reported this as FATF last month had retained Pakistan on its ‘Grey List’ till February 2020 for its failure to take adequate action against money laundering and terror financing.
https://www.oneindia.com/international/eu-offers-technical-assistance-to-pak-for-fatf-action-plan-i-2979555.html

This meeting at IMF Headquarters on 14th and 15th November considered a number of presentations and papers, links to some of which are provided below.

IMF Working Paper – Shadow Economies Around the World: What Did We Learn Over the Last 20 Years?

Measuring the non-observed economy in Vietnam: A focus on informal economy

Measuring the Informal Economy in India

Measuring the Contribution of the Informal Sector to the Philippine Economy: Current Practices and Challenges

Toward developing estimates of US imports of illegal drugs

On 15th November, UK Visas and Immigration published updated guidance advising staff in competent authorities how to deal with victims of modern slavery, and help them decide whether a person referred under the national referral mechanism is a victim of modern slavery.

On 1st June, Meritas, a global alliance of international law firms, published this guide which looks at each country, from Argentina to Uruguay, which provides brief information on the legality (or otherwise) of medicinal and personal use, legislation and proposed legislation, import/export opportunities, and cultural and investment considerations.

On 14th November, CMS Law published an article which sets out to provide a broad overview of the key elements of passporting regulations applicable to EEA AIF in the countries covered in this guide.  There may also be licence requirements and these requirements are not covered in the guide.

BREXIT AND DATA PROTECTION: WHAT TO DO NEXT (WHEN YOU DON’T KNOW WHAT’S HAPPENING NEXT)

On 15th November, an article from CMS Law highlights some of the key issues for UK-based organisations, and the EEA organisations that do business with them, in these uncertain Brexit times.

INTRODUCTION TO THE CONFLICT IN LIBYA

On 4th November, the EU Institute for Strategic Studies produced a short briefing paper saying that, 8 years after the revolution, Libya is in the middle of a civil war.  For more than 4 years, international conflict resolution efforts have centred on the UN-sponsored Libya Political Agreement (LPA) process, unfortunately without achieving any breakthrough.  The briefing focuses on the driving factors of conflict dynamics in Libya and on the shortcomings of the LPA in addressing them.  It shows how the approach ignored key political actors and realities on the ground from the outset, thereby limiting its impact.  It concludes (unsurprisingly) that Libya is a failed state in the middle of a civil war and increasingly poses a threat to the whole region. 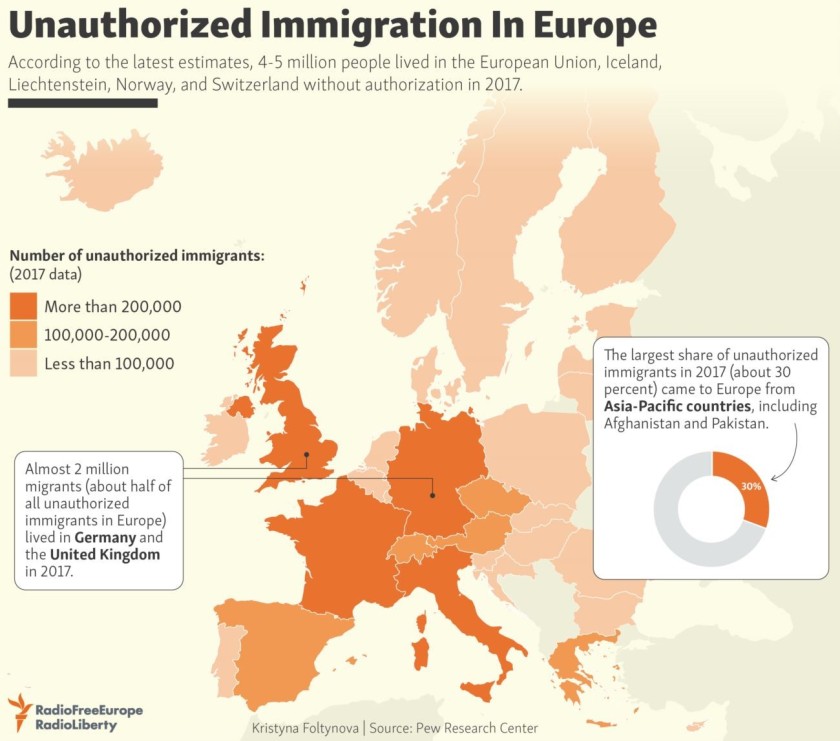 On 15th November, WIPR reported that US prosecutors have filed charges against 14 individuals accused of running a counterfeit iPhone and iPad scheme that allegedly cost Apple more than $6 million.  The scam involved importing more than 10,000 counterfeit tablets and smartphones from China and exchanged them at Apple stories for legitimate products.  The group then sent the authentic devices to China to sell at a significant mark-up.

In a news release dated 18th November, Global Witness said that UK law enforcement is being called on to act over new evidence Global Witness has uncovered, linking a UK company owned by a Russian national to a Bitcoin exchange company that the FBI has described as a hub for cyber-crime.  It alleges that Mayzus Financial Services – owned by Sergey Mayzus and registered in the UK – was closely linked to BTC-e, a crypto-currency exchange platform whose alleged operator is currently in prison facing money laundering charges.

A news release from West Midlands Police on 17 November advised that the money was seized (in relatively small amounts) under the Proceeds of Crime Act 2002 by the Airport Policing Unit working together with the Counter Terrorism Unit, NCA, Border Force and the Regional Organised Crime Unit.  Anyone travelling with large amounts of money are advised to have the correct supporting documentation such as bank statements to prove the authenticity of the cash.

On 15 November, American Shipper carried a report saying that the president and CEO of the Offshore Marine Service Association (OMSA), asserted US Customs and Border Protection (CBP), which regulates cargo shipped to the US, has “created an unlevel playing field” that favours foreign vessels and foreign ship crews that work in the US offshore oil and gas industry.  He was testifying before a congressional committee in Washington.  The comments come in the light of the Trump administration to revoke past guidance on how the Jones Act is interpreted, which could potentially further expose the US offshore industry to foreign shipping. That Act requires that commercial ships moving between 2 points in the US be owned, flagged and built in the US and crewed by American citizens.

PREVENTING THE PROLIFERATION AND USE OF CHEMICAL WEAPONS

On 24th and 31st October, the Firearms Blog published a fascinating (if alarming) 2-part post saying that occasionally police operations across the world churn up weapons produced solely for the criminal market.  Some of these are improvised while others are semi-professionally produced in illicit workshops.  Documented in the posts are a handful of interesting examples uncovered in recent months – including a homemade gun seized in Sheffield, UK disguised as a bicycle pump, as well as crude examples and more sophisticated copies and modified weapons.