On 1st November, the House of Commons Library published a briefing paper that looks at the UK’s trade with its major trading partners.  The EU is the UK’s largest trading partner: in 2018, it accounted for 45% of UK exports of goods and services and 53% of the UK’s imports.  The US is the UK’s largest single trading country, accounting for 19% of all exports.  However, 10 of the UK’s top 25 export markets in 2018 were EU Member States, as were 12 of the top 25 countries from which the UK imports.  China now accounts for over 7% of UK imports compared with 2% in 1999, the 4th largest source of imports, and the UK exported £23 billion of goods and services to China in 2018 – the UK’s 6th largest export market.  The Commonwealth accounts for around 10% of UK trade, heavily concentrated on 5 countries – India, Australia, Canada, Singapore and South Africa.

On 2nd November, the Jamaica Observer reported that the case involved alleged fraud, breach of trust and bribery involved a network of corruption among several individuals, most of whom were government officers who held senior roles within the then Immigration Department – now Customs and Border Control.  Between August 2015 and June 2016, the defendants allegedly played varying roles in providing people with fraudulent passing grades to an Immigration Department English language test.  The matter first came to light in June 2016 when senior immigration officers became suspicious of how the English language tests were being conducted.  The latest verdicts bring the total number of convictions to 9 out of the 12 defendants originally involved.  Marcus Alexander, a senior immigration official, was at the centre of the allegations. He was described as the ‘ring-leader’ and was alleged to have worked with all the other immigration officials and several of the other defendants.  A court order had prevented local media releasing the names of defendants until the end of the latest trial.

“MOST CORRUPT” ARMENIA POLICE OFFICER IS IN USA

News AM on 2nd November reported claims that Mihran Davtyan, the former head of the Economic Crimes Division of the Police General Department for Combating Corruption, who it says had gained the alleged reputation of the most corrupt police officer and whose career in the police ended after a former police chief resigned is currently in the US.

NIGERIA: FORMER OIL MINISTER’S JEWELLERY TO BE SOLD FOR $40 MILLION

Oil Price.com reported on 1st November that Nigeria expects to retain international auction houses to sell $40 million worth of jewellery seized from a former oil minister accused of corruption.  The Economic and Financial Crime Commission (EFCC) has secured an asset forfeiture order from a federal court in the country to sell the jewellery seized from, Diezani Alison-Madueke, oil minister 2011-2015.  She was also the first female president of OPEC.  The NCA arrested her in London in 2015 and she remains on bail, allegedly in hiding in London. 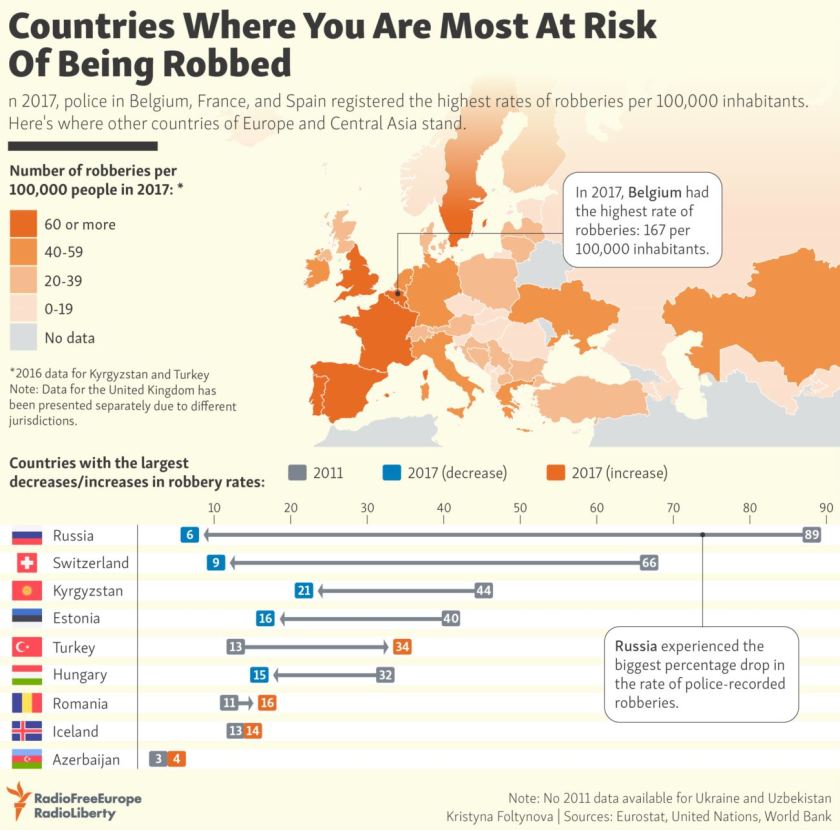 American Shipper on 2nd November reported that US Customs and Border Protection said importers of tobacco from Malawi must demonstrate the goods are not in violation before receiving import clearance.  CBP said the order only detains Malawi tobacco imports at U.S. ports of entry. It is not a ban.  The restrictions on Malawi tobacco follows 5 others announced on 1st October, including apparel from Hetian Taida Apparel Co Ltd. in China, and rubber gloves from WRP Asia Pacific Sdn. Bhd. Malaysia.  Other forced labour import holds include gold from mines in the eastern DRC, rough diamonds from Zimbabwe’s Marange diamond fields, and bone black from Bonechar Carvão Ativado Do Brasil Ltda in Brazil.