Radio Free Asia reported claims that Chinese authorities had made several arrests in connection with a North Korean drug smuggling ring in the Changbai Korean Autonomous county in Jilin province, just across the border from North Korea; and that the ring was found to have connections with North Korean state security agents.  The drug said to be involved was crystal meth – referred to as “ice,” an English translation of its North Korean street name, oreum, or as bingdu, a Chinese street name.  The article says that North Korea is well known for utilising the drug trade as a source of foreign cash, and had been doing so as far back as at least the 1970s under the direction of the Kim Il Sung regime.

The New Straits Times on 29th May reported remarks by the Malaysia Crime Prevention Foundation (MCPF) senior vice-chairman that the high number of incidents involving firecrackers shows that the items, although banned, can still be found in the country.  It was reported that the ban on firecrackers and fireworks in 1995 is still being enforced by the government. Those involved may be punished under various acts including the Explosives Act 1957 and the Corrosive and Explosive Substances and Offensive Weapons Act 1958.

The Irrawaddy website reported on 28th May that a senior officer in the Myanmar military, accused of making arms deals with North Korea in defiance of UN resolutions, continues to work with the army as a “weaponry advisor” despite his official service years with the army having ended some years ago.  Lieutenant-General Thein Htay is reported as currently working for the military as an arms expert.  It is said that he took part in a secret visit paid by top Myanmar military officials to North Korea in late 2008, when they visited military facilities and, according to the US State Department, signed a MoU with North Korea to provide assistance to Myanmar to build medium range, liquid-fuelled ballistic missiles. 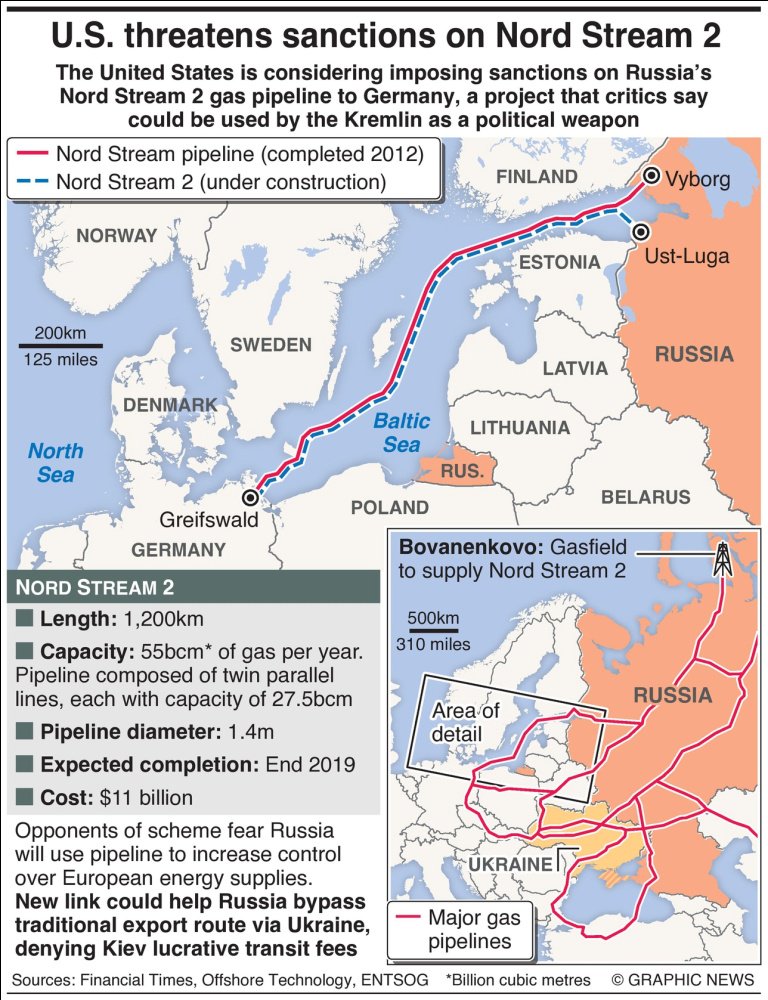 Yahoo News and others on 28th May reported that the Canadian province has asked colleges and universities across the province to immediately stop accepting large cash payments from single students and review financial policies, after another explosive report said such institutions may be another avenue for money laundering.  The Minister for Advanced Education said she had sent letters to dozens of institutions, giving them a 1-month deadline to share their existing policies for handling cash transactions with the government.  The report, Dirty Money Part Two, found some private and public post-secondary institutions still accept cash for tuition and other expenses.

On 28th May, ICIJ published an article saying that leaked records concerning former Deutsche Bank subsidiary, Regula Ltd, shine a light on how one of the world’s largest banks helped shield the identities and machinations of the world’s rich and powerful.  It says that Regula is what is known as a “nominee” or “dummy” company.

US COMMERCE DEPARTMENT CATCHES UP WITH EXPORT CONTROLS ON VENEZUELA

On 24th May, Steptoe & Johnson LLP published a briefing saying that the Commerce Department’s Bureau of Industry and Security (BIS) is implementing major changes to US export controls on Venezuela that will significantly restrict remaining trade between the US (and third countries) and Venezuela in US export-controlled products (including technology transfers) – with effect from 24th May, BIS is amending the Export Administration Regulations (EAR).  However, it says that companies still operating in or trading with Venezuela (or dealing with Venezuelan nationals) in sectors impacted by these new restrictions should not lose all hope – it will often be possible to obtain BIS licences and, in particular, normal commercial uses of less-sensitive controlled items at facilities operated by reputable international companies would be good candidates for well-crafted licence applications.

On 29th May, KYC 360 reported that Eritrea is being removed from the US government’s list of countries deemed not to be co-operating fully with counter -terrorism efforts.  Still listed are Iran, North Korea, Syria and Venezuela.

The Digital Journal on 29th May reported that in 2018, IBM and Danish shipping conglomerate Maersk developed a blockchain-based shipping tool called TradeLens.  This initially had limited availability, in order to assess the technology.  Control and traceability of containers is key to ensuring safe transfer of goods, and blockchain provides a powerful means to ensure that this process happens effectively, assessing everything from ship-to-ship transfer, to temperature control, to traceability and the avoidance of fraud.  TradeLens is currently processing over ten million discrete shipping events and thousands of documents each week, adding a new level of control to the world’s shipping and cargo process.
http://www.digitaljournal.com/business/ibm-maersk-blockchain-shipping-consortium-expands/article/550816#ixzz5pIc9JEDl 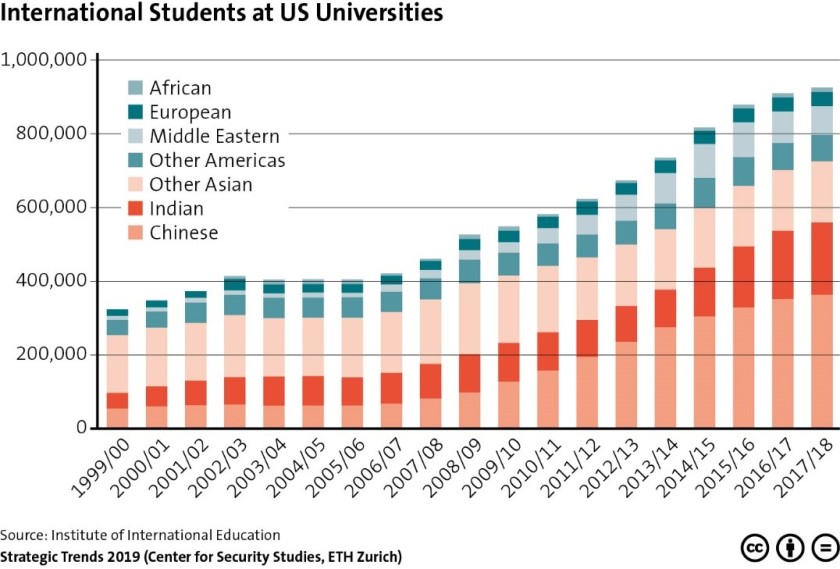 This outlines the rising number of international students enrolled at US universities since 1999. To find out what this trend could mean for the transfer of specialized knowledge from Western countries to emerging nations – particularly regarding the West’s military-technological superiority – see the Strategic Trends Report 2019.

On 28th May, Calvin Ayre reported that police recently arrested 113 suspects for running illegal gambling dens, as part of a bigger crackdown on illegal activity, with 709 suspects arrested for other crimes.  An estimated 28,000 police officers raided over 20,000 locations, many of them coffee houses.

Customs Today on 29th May reported that Haissam Azaar, 50, was caught with about 3,990 kg of cheese at the Thousand Islands border crossing in January 2018, according to a news release published by the Canada Border Services Agency (CBSA).  Canada requires a permit and charges pricey tariffs for importers who want to import cheese into Canada — individuals are allowed to bring up to $20 worth of dairy products into the country.

On 28th May, OCCRP reported that Nigeria’s commission on corruption (ICPC) established 1,500 anti-corruption clubs in schools throughout the country to celebrate International Children’s Day.  The clubs, which will each have at least 100 children according to the agency, are meant to instil values counter to corruption like honesty and accountability.

On 29th May, Small Arms Survey issued a new briefing paper saying that 2017 saw the second highest annual rate of global violent deaths in the period 2004–17.  In 2017, 589,000 people—including 96,000 women and girls—lost their lives due to lethal violence. This corresponds to a rate of 7.80 violent deaths per 100,000 population, the second highest since 2004.  This increase in the number of global violent deaths is primarily due to a rise in homicides, i.e. non-conflict deaths.  Central America and South America saw especially noticeable increases in homicide rates.  Most of the increases in South America were recorded in Venezuela and Brazil, while in Central America, Mexico registered a record number of homicides.

The EU Sanctions Blog on 29th May reported that the UK has refused to pay £400 million owed to Iran from 1971, because of concerns that payment would breach EU sanctions on the Revolutionary Guard Corps (IRGC).  The International Chamber of Commerce ruled in an arbitration in May 2001 that the funds were owing, and the Dutch Supreme Court partially upheld the award in 2009.

On 29th May, NK News published a feature on the 22nd Spring International Trade Fair, with a claimed 450 companies, foreign and North Korean, setting up to advertise or sell their products.

Reuters on 29th May reported that global finance watchdog, the Financial Stability Board, has said that Governments and lenders must do more to stop a decline in banks handling international money transfers, which are vital to some families in developing countries but have been hit by stricter compliance checks.  The Financial Stability Board is concerned about tighter rules against financial crime such as money laundering and bribery are having the unintended consequence of clogging up the cross-border flow of money, affecting households in developing countries that rely on remittances and potentially drive some payments underground.

A DoJ news release on 28th May advised that an Ohio man, Donald Dodt, 76, has been found guilty for his role in an $7 million telemarketing scheme that defrauded primarily elderly victims in the US from call centres in Costa Rica.  Dodt worked in a call centre in Costa Rica in which co-conspirators, who posed as representatives of the US government agency officials, and who also posed as federal judges, and contacted victims in the US — primarily senior citizens – to tell them that that they had supposedly won a substantial “sweepstakes” prize.  Dodt provided and maintained VoIP phone technology and assigned phone numbers associated with locations in the US through which members of the conspiracy were able to make the fraudulent calls to victims in the US and conceal their identities and location.

Superyacht News on 29th May reported a new measure allowing commercial passenger yachts (yachts able to accommodate more than 12 guests) to anchor in Spain, therefore making chartering in the region feasible for these vessels.  VAT will be applicable in the same way that it is currently applied to commercial yachts chartering in Spain, so long as the true nature of the activity is the navigation for recreational purposes and not the transport of passengers from point A to B.  Spanish standard 21% VAT will accrue when the vessel is made available to the client in Spain.