The Irish Examiner reported on 11th May that 1 in 5 packets of cigarettes smoked in Ireland last year were either illegal or imported legally from abroad.  The Revenue estimates that 13% of all packs smoked in Ireland in 2018 were illegal, the same rate as in 2017 – the average across the EU is 10.4%.  A further 9% of cigarettes in 2018 were classified as legal, cross-border purchases, also the same level as the previous year, and research also highlighted a large increase in the level of illegal packs of roll-your-own tobacco in use during 2018.

The Daily Mail on 10th May reported that the tycoon blamed for the collapse of High Street giant BHS has been charged with money laundering and tax evasion linked to profits from his bankrupt finance company Swiss Rock Ltd and involving the purchase of 2 yachts.

Politico on 11th May reported that a Sicilian member of Italy’s employers’ organisation found guilty of links to the mob.  Antonello Montante was sentenced to 14 years in jail for a string of offences including corruption.  He was the national spokesman on legal issues for Italy’s employers’ organisation, Confindustria, as well as the head of its Sicilian branch.  The reports says that a probe was launched in 2015 after a string of mafia turncoats told prosecutors that, despite his attacks on organised crime, Montante was actually involved with Sicilian mob bosses.

An old case, reported in October 2018 by ECHR Case Law, concerns a case where Sergey Gyrlyan, a Russian national, had $90,000 taken from him by customs officers at a Moscow airport in 2014 whilst en route to Odessa – the money being part of the proceeds of a house sale.  He argued that he thought the customs controls came after security checks, which is why he had failed to declare the currency.  Russian courts ordered confiscation of all of the cash involved.  However, the European Court of Human Rights determined that to confiscate the whole amount was disproportionate and violated Article 1 of the First protocol to the and awarded damages ECHR.

CAN NATURALISED US CITIZENS HOLD DUAL CITIZENSHIP? IT DEPENDS!

On 10th May, Harris Beach PLLC published an article saying that, despite what the oath of allegiance of new US citizens may suggest, the US government does not control whether foreign nationals retain foreign citizenship; the foreign governments do, and each government handles the issue differently.  It gives the example of Canada, which allows dual nationality, and Germany, which regards the oath of having the effect of revoking any previous German nationality.

On 10th May, Jurist reported that the ICC chief prosecutor before the UN Security Council for the execution of 3 outstanding arrest warrants for Libyans accused of various war crimes and crimes against humanity.  The ICC has issued multiple warrants for the arrests of Saif Al-Islam Gaddafi (the son of the country’s previous ruler), Al-Tuhamy Mohamed Khaled, and Mahmoud Mustafa Busayf Al-Werfalli over the last decade, accusing the men of various crimes ranging from unlawful imprisonment of political foes to torture and mass murder, but all 3 remain at large in Libya.

The Stockholm International Peace Research Institute has announced that it has expanded its research on security issues in the Horn of Africa region by launching a new series of publications investigating major questions for the future security and stability of the region.  Notably, it highlights the increasing importance of geopolitical, commercial and military competition as the driver of foreign military deployments to the region.  Papers include one on foreign military presence in the Horn of Africa region- 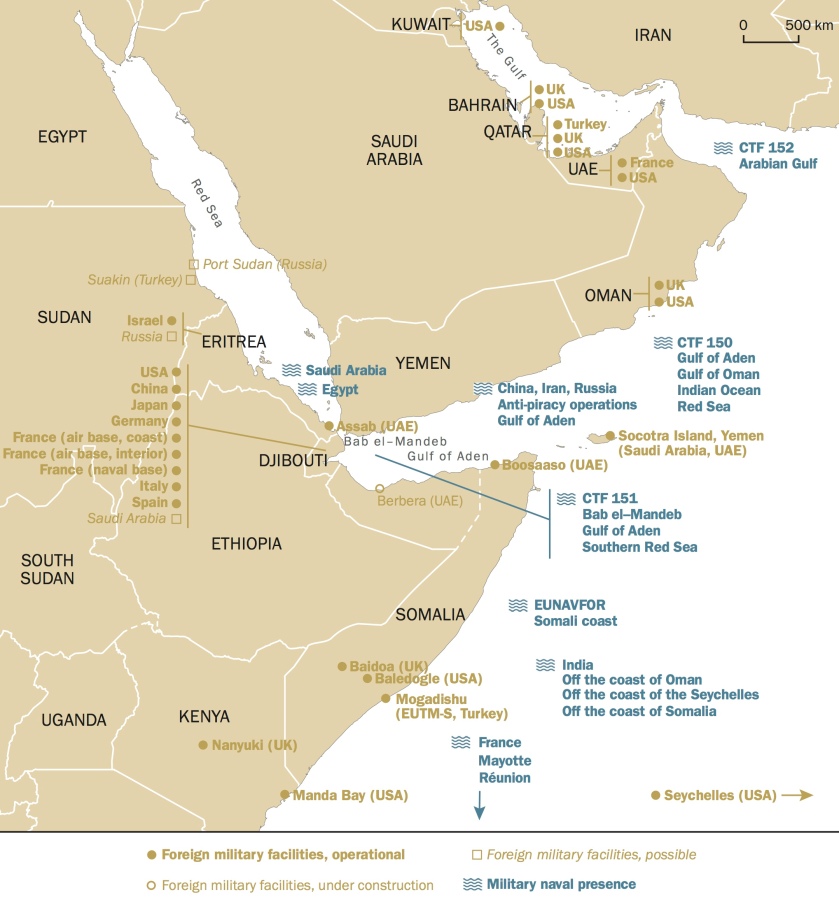 Reuters on 11th May reported that a Saudi vessel that had been due to load weapons at a northern French port set sail without them and headed for Spain, after a rights group unsuccessfully tried to block the cargo on humanitarian grounds.

On 7th May, Reuters reported that President Jair Bolsonaro had signed a decree to ease restrictions on gun imports and increase the amount of ammunition a person can buy.  Previously, imported arms were banned if there was a similar domestic-made product. 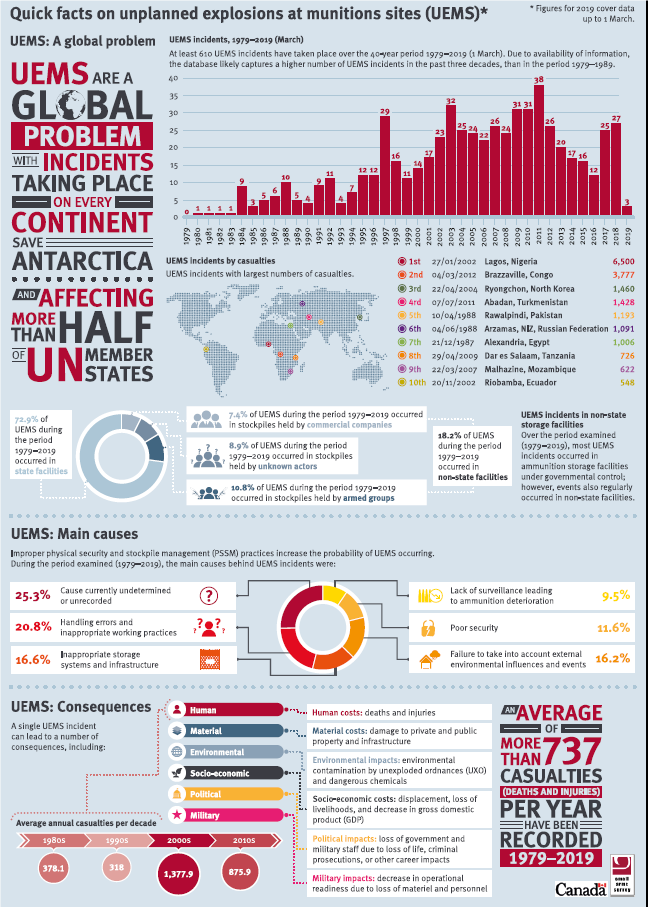 And a factsheet at –

This Chapter is part of An Introductory Guide to the Identification of Small Arms, Light Weapons, and Associated Ammunition, published by the Small Arms Survey in November 2018.  The goal of the Handbook is to provide the reader with a basic understanding of how to identify and analyse small arms and light weapons, and to track their proliferation. 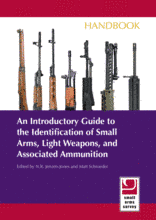 On 10th May, Accountancy Daily reported that HMRC has issued Spotlight 51 about a tax avoidance scheme that attempts to disguise income and other taxable profits as loans or fiduciary receipts – marketed as a wealth management strategy and claims to provide remuneration or profits free of tax.

The Solicitors Regulatory Authority has published a Thematic Review which says that the credibility of solicitors and the services they offer makes them an attractive target for criminals, who want to launder their gains – and hence, solicitors have a vital role – and opportunity – to help tackle the problem.  Therefore, the SRA has produced this document to highlight relevant money laundering and terrorist financing risks that it considers relevant to those firms and individuals it supervises.  It says that trusts and companies are attractive to money launderers because individuals can:

The SRA says that, in July 2018, its Risk Outlook highlighted its growing concern about the risks and challenges posed to the profession by those looking to launder the proceeds of crime and finance terrorism; and it explored this further in an Autumn update, where the concern was raised as a priority risk.  In 2018, it reviewed 59 law firms in England and Wales that told the SRA that they carried out trust and company service provider (TCSP) work.  The report summarises what was found, and builds on 2 previous money laundering reviews in 2016 and 2017.  The findings included –

Following the review, the SRA is setting up a new dedicated AML team, with increased resource to monitor and ensure compliance in the area.

CTV and others reported on 10th May that Canadian rail, aerospace and snow plough company, Bombardier, is facing a possible ban from World Bank-financed projects after it received a show-cause letter related to a rail equipment deal plagued by corruption allegations.  A Bombardier-led consortium received a contract in 2013 to supply signalling equipment for a 500-kilometre section of a rail corridor connecting Asia and Europe via Azerbaijan.  The bulk of the Azerbaijan project received funding from the World Bank, which could blacklist Bombardier from projects it backs.

See also the TRACE Compendium entry for Bombardier for details of this, and other, allegations involving the company –