On 21st March, the FCO published an updated news release (with text corrected and updated with particular reference to EU exit) saying that Iran has received extensive economic and financial sanctions relief as a result of meeting its obligations under the JCPOA deal of 2015; and the at the UK government fully supports expanding our trade relationship with Iran and encourages UK businesses to take advantage of the commercial opportunities that will arise.  The release lists those activities which remain banned under the proliferation-related and human rights-related sanctions.  In addition, restrictive measures remain in place against individuals and entities who remain listed under EU Regulations, as well as under EU terrorism and other EU sanctions regimes.  It also refers to matters requiring a licence and to end-use controls.

On 21st March, the Isle of Man issued 3 news releases confirming changes involving the delisting of ARYA NIROO NIK from the Iran sanctions lists, the removal of 4 entities from the Iraq lists, and the amendment of details for Hamza Usama Muhammad BIN LADEN.

UK Finance has also published a new report “Fraud the Facts 2019” – described as a definitive guide to payment industry fraud in the UK.  It covers various types of card fraud, at home or abroad and the use of counterfeit cards; cheque fraud; unauthorised remove bank fraud (i.e. divided into 2 categories – internet banking, telephone banking and mobile banking.  It occurs when a criminal gains access to an individual’s bank account through one of the 3 remote banking channels and makes an unauthorised transfer of money from the account); and authorised push payment (APP) fraud. 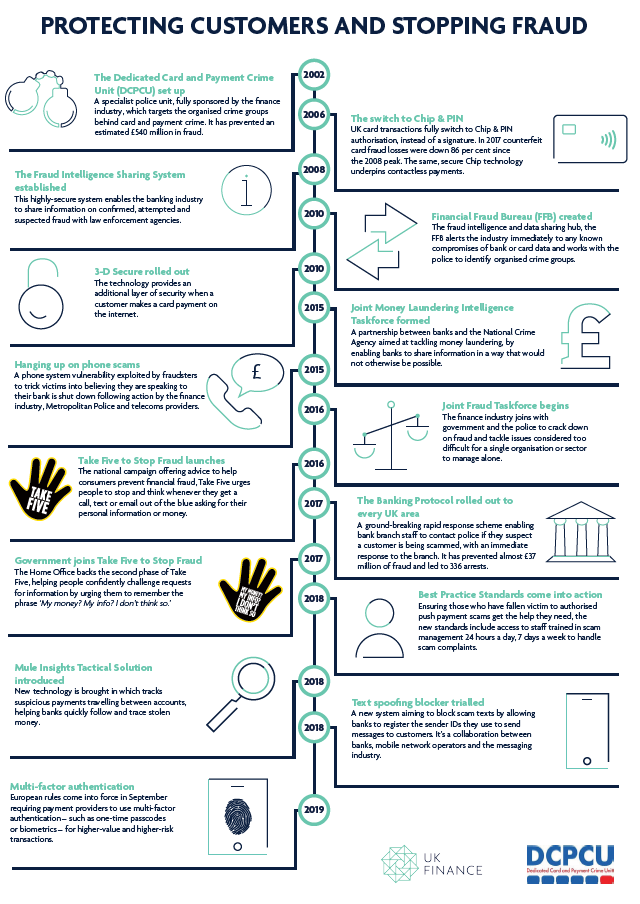 On 21st March, Hellenic Shipping News reported that at least 2 tankers have ferried Iranian fuel oil to Asia in recent months despite US sanctions against such shipments, with documents showing the fuel oil was Iraqi.  But Iraqi oil industry sources and a manager at UAE shipping services firm, Yacht International Co, said the papers were forged.  Documents forwarded to Reuters by shipowners say a 300,000 tonne-supertanker, Grace 1, took on fuel oil at Basra, Iraq, in December.  But Basra port loading schedules reviewed by Reuters do not list the ship as being in port during those dates.  It appears that a cargo was transferred onto 2 smaller ships in UAE waters in January, from where one ship delivered fuel oil to Singapore in February.  The Grace 1 is said to be a Panamanian-flagged tanker managed by Singapore-based shipping services firm IShips Management Pte Ltd.  The ship that delivered oil to Singapore is named as the 130,000 tonne-capacity Kriti Island, managed by Greece’s Avin International SA and said to be chartered by Singapore-based Blutide Pte Ltd.  The second ship to which the cargo was apparently offloaded is named as Marshal Z, also a 130,000-tonne vessel.  It is said to have transferred its cargo on to another vessel – the Libya, owned and managed by Tripoli-based General National Maritime Transport Company (GNMTC), and also reportedly chartered by Blutide.

Politico on 21st March reported that a Belgian court has found 3 businesses – AAE Chemie Trading, a wholesaler, Anex Customs and Danmar Logistics – and their owners guilty of shipping 168 tonnes of a substance potentially used in the making of chemical weapons to Syria between 2014 and 2016 without submitting the appropriate export licences.  Rolf Rippen, a manager at AAE Chemie Trading, was sentenced to 4 months in jail. Herman Van Landeghem, a manager for Anex Customs and Danmar Logistics, received a 12-month prison sentence.

On 21st March, HKTDC published an article about the use of strategic investment vehicles such as Advanced Special Economic Zones (ASEZ) and the Free Ports of Vladivostok (FPV) to boost economic development in the Russian Far East District (FEFD).  In 2018, the Russian government passed a law to create 2 foreign offshore zones on 2 Russian islands – Oktyabrsky in Kaliningrad Region in the west, and Russky in Primorsky Region in the east.  Even before they were given SAR status, both islands were budding international business centres.  In order to enjoy the perks being offered under the new SAR legislation, many foreign-domiciled Russian companies are reportedly considering relocation.  It also says that Russky Island, a military base for more than a century, is not only an aspiring SAR, but also an increasingly popular tourist destination.

A post from ICIJ on 20th March says that, in case you missed the first investigation by journalists into how money moves from Nepal offshore, published in January, ICIJ is summing up some of its top findings… and the best cartoons describing the financial game of hide-and-seek.  Wealthy Nepalis have transferred more than $450 million in Swiss banks since they began saving money in foreign institutions when the Maoist insurgency broke out in 1996.  In the last 2 decades, around 45% of funds flowing into Nepal as foreign direct investments came from the BVI, some of which linked to companies themselves linked to tax evasion. 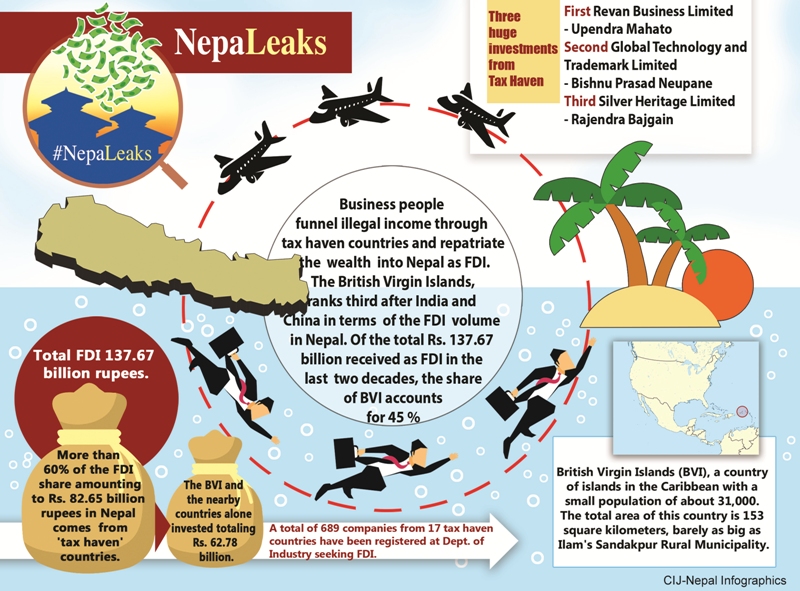 On 19th March, Kingsley Napley published an article saying that there are serious concerns that law enforcement co-operation will be significantly hampered due to Brexit compared to the current regime.  The SFO has identified the UK’s withdrawal from the EU as a “strategic risk” with a loss of access to EU measures and tools.  The DPP has underlined that Brexit, and a fall back on 27 separate arrangements, would have a definable impact in terms of resource, management, and speed of cases.  The UK’s withdrawal from the EU will affect a number of mechanisms relevant in the field of financial crime, and the article lists these.  For example, on extradition there is a call for an efficient and expeditious system between the UK and EU Member States (to replace the European Arrest Warrant) based on streamlined procedures and time limits with the “possibility” to waive dual criminality and the applicability of the new arrangements to own nationals.  The article says that there is a risk that law enforcement co-operation and information-sharing will fall back on traditional co-operation measures under the Convention of Mutual Legal Assistance – which is widely viewed as cumbersome and slow.  As with all things Brexit-related, certainty is in short supply.

On 20th March, a post on Arms Control Wonk was concerned to an article the author had written for NK News.  She refers to the Korea General Corporation for External Construction (GENCO), as it is termed in the recent UN Panel of Experts report (and which she says she called the Korean General Corporation for External Construction in her NK News article).  The UN Panel links this company to North Korea’s intelligence apparatus, the Reconnaissance General Bureau (RGB) – which is subject to sanctions.  She says that the cash transfers from Russia were presented as a form of remittances from North Korean workers in Russia to their relatives in the DPRK.  Yet, when the workers’ money was to be reclaimed in a recent court case, the court records list a GENCO representative as the intended recipient and nominally responsible for its return to its rightful owners.  This may provide a typology for how representatives of DPRK entities assert control over foreign workers overseas, she says.  Various Russian companies are authorised to employ North Korean workers.  If GENCO is the actual recipient of the cash, the method of transfer would be as follows –

The NK News article she refers to is available at –

Providing North Korean workers in return for hard currency is a useful and important source of funds for the regime.  The article says that in Russia, undeclared cash transfers are illegal if they are the undeclared import or export of currency valued over $10,000.  Russian authorities have caught several such individuals, and the way Russia has handled their prosecutions sheds light on the country’s implementation of the UN sanctions regime.  The article analyses some recent cases, which appear to show sanctions enforcement is not a priority.

On 21st March, NK News reported that the Mennonite Central Committee has been granted sanctions exemption, receiving approval from the UN to deliver items to North Korea such as hygiene kits and water filters prohibited under international sanctions.  Metal components were included that were technically prohibited under sanctions.  The items include 360 water filter buckets, 2,500 hygiene kits with metal nail clippers, 1,000 relief kits with metal nail clippers and metal bucket handles, and 1,250 infant care kits that include safety pins.  The metal and steel contained in items are prohibited under UN SCR 2397, , which covers a broad range of metals under HS Codes 72 through 83.