Time Now News reported on 29th October that 7 people including a top executive of Airbus have been accused of money laundering and have received notices from the Indian Enforcement Directorate about an aircraft purchase deal by state-owned Indian Airlines in 2005 for the supply of 43 A.320 family aircraft to Indian Airlines in 2005.  The allegations included corruption.

On 25th October, Bracewell LLP published the first of a planned series of articles, saying that since 2012 one has seen an increase in the use of so-called “sectoral sanctions” which target certain sectors of a state economy.  The energy sector is often one of the first targeted. Companies operating in the energy sector, therefore need to understand, and keep abreast of, the ever-changing risks to ensure they do not fall foul of the sanctions that are directly or indirectly applicable to them.  The penalties for non-compliance can be severe.

FRANCE IS LEADING THE WAY ON FOREIGN INVESTMENT CONTROL

On 29th October, Scroll in India reported that Zia’s former political secretary and 2 others were also given 7-year jail terms in the Zia Charitable Trust corruption case.  Zia is already serving a 5-year jail term for embezzling funds meant for an orphanage.

The International Chamber of Commerce reported on 26th October that a total of 156 incidents of piracy and armed robbery against ships were reported to the ICC International Maritime Bureau’s (IMB) Piracy Reporting Centre (PRC) in the first 9 months of 2018 – 107 vessels boarded, 32 attempted attacks, 13 vessels fired upon and 4 vessels hijacked – compared to 121 for the same period in 2017.  The Gulf of Guinea accounts for 57 of the 156 reported incidents, and at 41 most of these incidents have been reported in and around Nigeria.  37 of the 39 crew kidnappings for ransom globally have occurred in the Gulf of Guinea region, in 7 separate incidents.  In other world regions, incidents of piracy and armed robbery are comparatively seldom.

Calvin Ayre on 29th October reported that a new Bill is being introduced that will significantly increase the fines paid for either running — or participating in — gambling activity that is not licensed.

On 27th October, Baker McKenzie published an article which notes that the recent trade agreement to replace NAFTA includes a chapter on anti-corruption, which includes a regional commitment to curb corruption.  It details the contents of the chapter.  Amongst other things, it establishes the obligation to adopt or maintain appropriate measures to protect whistleblowers from discriminatory and retaliatory actions, if they report in good faith suspected government corruption, embezzlement and misappropriation.  It provides for co-operation, co-ordination and exchange of information between the anti-corruption law enforcement agencies of the US, Mexico and Canada.

CILT in the UK on 29th October reported that DHL Parcel UK has reached an agreement with Pass My Parcel to take over their 3,500 ServicePoints across the UK to meet increased consumer demand for convenient parcel delivery options.  The company will now begin to utilise the existing Pass My Parcel network, which will be branded as DHL ServicePoints until it fully takes over the network in June 2019.  Formerly UK Mail, the company has now also completed its rebrand and name change to DHL Parcel UK, following its acquisition by Deutsche Post DHL Group in December 2016.

On 29th October, Port Technology reported that the International Maritime Organisation (IMO) has announced it will ban the carriage of non-compliant fuels. It is an amendment to the IMO’s upcoming rules which will prohibit emitting more than 0.5% of sulphur (SOx) emission, due to come into effect in January 1st 2020.  The non-compliant fuel ban will become law on March 1st 2020, but ships will be exempt if they are fitted with a scrubber, an exhaust gas system that is designed to wash exhaust gases from the main auxiliary and boilers and reduce sulphur emission.

The UK Budget includes provision increasing the rate of remote gaming duty on operators doing business in the UK with effect from 1st October 2019.

Tax News on 12th October reported that, in the concluding statement of its latest country review, the IMF described Panama’s lack of progress towards adopting outstanding FATF recommendations, particularly the criminalisation of tax evasion, as a “key domestic failure”.  The Government’s failure to fully embrace the international tax transparency agenda could lead to “reputational damage” for Panama, the IMF warned.

Reuters on 29th October reported that 2 former executives of collapsed oil company Afren have been sentenced to up to 6 years in prison in the UK after they were convicted of fraud and money laundering over a $300 million business deal.  Former Afren CEO Osman Shahenshah and former Chief Operating Officer Shahid Ullah laundered more than $45 million, some of which was used to buy luxury properties in Mustique and the BVI.

On 29th October, a Notice from HM Treasury advised that the entry for Mathias Joseph NIYONZIMA has been amended, following the change to the underlying EU sanctions.

On 29th October, a Notice from HM Treasury advised of amendments to the entries for 5 individuals included in the Republic of Guinea sanctions list following the changes to the underlying EU sanctions.

On 29th October, HM Treasury published the final report of the HM Treasury/FCA taskforce which sets out the UK’s approach to cryptoassets and distributed ledger technology in financial services.

US PRISONER FAILS TO STOP CONFISCATION OF £50,000 STASHED IN JERSEY BANK

The Jersey Evening Post on 29th October reported that Michael David Reid is currently serving a 14-year sentence in the US.  He was part of a sophisticated fraud run from Bogota, Colombia.  A US court imposed a forfeiture order of $1 million on his assets.  Just over £50,000 was seized from a Jersey bank account in Reid’s name, and he has failed to stop the confiscation.

Baker McKenzie on 29th October reported that Spain’s High Court had agreed to extradite a Venezuelan woman, Claudia Patricia Diaz Guillen, who was part of the late socialist leader Hugo Chavez’s inner circle – and was his nurse during his treatment for cancer – to Venezuela where she is suspected of money laundering and illicit enrichment.  From 2011 until 2013, she also served as an executive of government fund Fonden – an obscure state-run investment fund which received more than $100 billion in state revenue but produced little if any documentation as to how the funds were spent.

Hellenic Shipping News on 29th October reported that 12 crew members kidnapped from a Swiss merchant vessel in Nigerian waters in September are now free, Swiss justice authorities have said.  MV Glarus, which was carrying wheat, was travelling between the southwestern commercial capital Lagos and southern Niger Delta oil hub Port Harcourt when it was boarded by pirates. 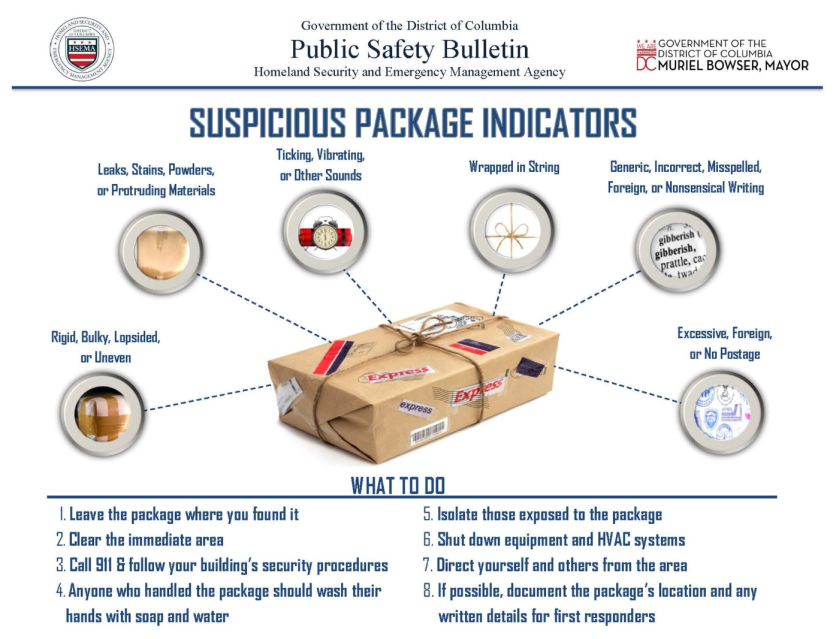 Andrea Berger in her Twitter account reported that Singapore national, Tan Wee Beng, now subject to US sanctions, indicted, and the subject of an arrest warrant on the basis of his extensive business with North Korea actually sued the FBI in 2017 – alleging that the FBI had overstepped its authority by de facto designating 2 companies he controlled as prohibited parties in a letter out to a number of banks.

A DoJ news release on 29th October reported that the former managing director and vice chairman of a Swiss bank – Matthias Krull, 44, a German national and Panamanian resident – was sentenced to 10 years in prison after previously pleading guilty for his role in a billion-dollar international scheme to launder funds embezzled from Venezuelan state-owned oil company Petróleos de Venezuela, S.A. (PDVSA).

A blog post from the Arms Control Wonk on 29th October about such “subtle” North Korean activities in Russia include the basing of 3 representations of DPRK companies at the address of DPRK consulate Vladivostok as shown on the accompanying network chart in the post.

An article in The Nonproliferation Review and published on 28th June argues that the separation between export control and counter-proliferation finance (CPF) efforts may be undermining governments’ ability to detect and stop WMD proliferation. Using export control information in screening financial transactions and using financial information in export control decision making can be mutually reinforcing, each system feeding new information back to the other, creating a fuller picture of proliferation procurement networks.  The article discusses the limitations of existing CPF guidance provided to financial institutions, as well as the problematic exclusion of marine insurance from US AML regulations and how it detracts from counter-proliferation efforts. The authors conclude with a series of concrete options for better integrating export control enforcement and CPF, including options for both the US and the international community.

On 29th October, UK Finance reported a story from The Times saying that the UK will draft in private sector tech firms, accountants and lawyers to help the government combat “high-end money laundering”, Under the plans, the joint money laundering intelligence taskforce (JMLIT), a partnership with the financial sector set up in 2015, is to be expanded, combining with the National Economic Crime Centre.

The Malta Independent on 28th October reported that Italian authorities made another arrest and seized €55 million in assets linked to the “Dirty Oil” investigation in which Maltese nationals Darren Debono and Gordon Debono were arrested last October.  An Italian residing in London, Antonio Desiata, 51,  has been arrested and 29 million litres of fuel, 11 properties in Genoa, Trieste and Abbiategrasso and a 14-metre yacht were seized.  They are part of the investigation into fuel smuggled out of Libya, to Malta and then onward to Italy.  The fuel was subsequently distributed, with false invoices, between the various front companies belonging to the racket in favour of commercial depots and roadside distributors belonging to the so-called ‘white pumps’ circuit scattered throughout Italy, i.e. service stations not belonging to the major petrol brands.

The Dong A-Ilbo in Korea reported on 29th October that the US Bureau of International Security and Nonproliferation released on 26th October on its Twitter account 9 photographs of North Korean vessels transshipping illegally on the sea this May and June.  For example, one photo shot in the East China Sea depicted Panama vessel Shang Yuan Bao and North Korean Baek Ma,  The Baek Ma was using the name “PUMA” on the inner side of the vessel with some parts of the name Baek Ma visible on the rear, hidden with paints.  The Shang Yuan Bao also covered some parts of its name with paint.