On 28 August, a Notice from HM Treasury advised that Mohamad Rafi  BIN UDIN, Mohammed, Yusip KARIM, and Muhammed Reza Lahaman KIRAM had been added to its Consolidated List of sanctions targets.

WHICH GATEWAY? ENGLISH COURT OF APPEAL CONSIDERS THE SCOPE AND INTERPLAY OF GATEWAYS FOR SERVICE OUT OF THE JURISDICTION

On 24 August, Mayer Brown published an article saying that Eurasia Sports Limited v Aguad , and such cases where parties find themselves having to pursue multiple foreign defendants, and can found jurisdiction on the basis of a contract or tort cause of action against some, but not all, of those defendants.  Eurasia Sports, which operates a betting agency, alleged that a number of defendants, of which Mr Aguad was one, all resident in Peru at the time of the events in question, conspired to defraud it. Aguad owned a casino in Lima and became a client of Eurasia Sports and was granted certain amounts of unsecured credit with which to gamble.  It says that the ruling reflects a somewhat complex application of the gateway tests on jurisdiction. It concludes that it is possible that this decision will usher in a broader application of the rules on jurisdiction, and may reflect a growing willingness of the English courts to found jurisdiction in respect of claims and parties that they might not historically have done so.

Executive Gov on 27 August reported that researchers at NGO Pax in the Netherlands recently said that the proliferation of drone technology, brought about in part by the growth of the drone industry as well as the willingness of governments to sell the technology to allies and partners, would likely put regional and international security at risk.  It says that the researchers called for “a vigorous assessment” to make sure drone technology is used “within existing legal frameworks” and conforms to international norms, adding that failure to do so “risks overlooking potential threats to international and regional stability and security”.

Popular Mechanics in the US reported on 27 August reported that thieves stole more than 40 rifles from a law enforcement armory in Capiata, a town near the Paraguayan capital of Asuncion; but the police didn’t notice because the criminals replaced the stolen guns with wooden and plastic fakes.

Urdu Point on 27 August, quoting the Vientiane Times said that Laos continues to face a high risk of money laundering despite the country graduating from the “grey list” of FATF in 2017, as it quoted the National Money Laundering and Terrorist Financing Risk Assessment (NRA) as saying.  The main sectors said to be vulnerable are banking, the stock market, insurance, casinos, real estate, financial institutions and money exchange shops

UK: £70 MILLION SEIZED FROM A NIGERIAN

The Daily Post on 28 August reported that the High Commissioner has said the UK had returned the sum of £70 million recovered from an unnamed Nigerian convicted of fraud in an Italian court and more funds would be repatriated..

COLOMBIANS SPURNED THE CHANCE TO CURB RAMPANT CORRUPTION IN REFERENDUM

NBC News on 27 August reported on why Colombian had rejected options in a referendum hat sought to curb flagrant abuses of government power.

Accountancy Daily on 28 August reported that HMRC paid informants more than £343,000 last year for providing information on potential tax evasion, down from a peak of £605,000 in 2015, but is still a potential ethical challenge according to City law firm RPC.

Ogier on 24 August published an article reporting that the Environment & Infrastructure department expects to set out plans for a new deposit protection scheme before the end of the year, following news that a local estate agent has ceased trading leaving some tenants and landlords uncertain of their position with regards to rents and deposits that were being held by that agent.  The proposal is likely to be that Guernsey should introduce a scheme which is similar, if not identical, to the scheme already in place in Jersey.

TJI on 28 August reported that the Jordan cabinet has decided to limit the importation of machinery used for the production of cigarettes and mu‘assel (a tobacco-based mix smoked in hookah pipes) to established and licensed factories, and to new factories that will operate out of specific production areas and zones.

The European Commission recently issued a legislative proposal to increase cross-border distribution of investment funds. This briefing provides an initial analysis of the strengths and weaknesses of the impact assessment accompanying the Commission’s proposal. Based on both internal and some external sources, as well as several stakeholder consultations, the impact assessment provides useful information, but lacks coherence and transparency.

Wall Street Journal on 27 August reported that Legg Mason Inc will pay more than $34 million to the SEC to settle an investigation into the role one of its former subsidiaries played in bribing officials in Libya.  The Baltimore-based firm had already agreed to pay $64.2 million to settle a DoJ investigation into the matter in June. Legg Mason said it was was pleased to conclude the matter with the SEC. When it settled with the Justice Department in June, the firm admitted its subsidiary’s role in the bribes.

AN INSIDE LOOK AT THE ISLAMIC STATE’S MEDIA ORGANISATION

On 28 August, HMRC issued a news release providing updated information for businesses about approach adopted by HMRC to civil measures to money laundering and the steps that HMRC may take when businesses do not comply with the AML regulations.

UK: THE INTELLIGENCE AND SECURITY COMMITTEE

On 28 August, the House of Commons Library published a briefing paper which describes the functions and powers of the Intelligence and Security Committee, which is responsible for scrutinising the UK’s intelligence and security agencies.  It outlines reforms to the Committee under the Justice and Security Act 2013, and summarises recent inquiries.

Reuters on 28 August reported that Basler Kantonalbank said that it had settled a long-standing tax dispute with the US DoJ, a deferred prosecution agreement and will pay $60.4 million in penalties – less than the $100 million it had set aside for the purpose.  Between 2002 and 2012 it conspired with employees, external asset managers and clients to commit tax evasion and file false federal tax returns. At its peak in 2010, the value of the accounts it held for US customers totaled approximately $813.2 million.

Calvin Ayre on 28 August reported that Cherry AB issued a statement confirming the resignations of 2 members of the company’s board of directors.  The statement indicated that the members arrived at their decision after receiving word from the Swedish Economic Crime Authority that they were under suspicion of committing crimes connected with the ongoing probe into insider trading by a former CEO.

A news release from the Guernsey Government on 28 August says it has commissioned BMG Research Limited to carry out a study of the potential impact of Brexit on businesses in the Bailiwick.  The researchers are contacting businesses in Guernsey, Alderney, and Sark to obtain information about their trading and employment practices, and to gather their views on the opportunities and challenges of Brexit.

OCCRP on 28 August reported that 7 defendants representing a US ambulance company agreed to settle with the government for $21 million over allegations that they bribed local government officials to secure their business.

Baker McKenzie on 28 August reported that former head of labour relations Alphons Iacobelli admitted that he turned the budget of a company-sponsored training center into a slush fund.  He’s the highest-ranking company official sentenced thus far in a federal probe that includes training centres at General Motors and Ford.

On 28 August, Global News in Canada reported that Prime Minister Justin Trudeau has handed new Minister Bill Blair a mandate to fight organised crime money laundering, specifically in British Columbia, in “efforts to counter guns, gangs and opioid distribution”.  The release of the letter, which also includes directions for reducing gun violence, and handling irregular migration, highlights the engagement of Trudeau’s government in a crisis of money laundering connected to BC Lottery casinos.

IRISH REVENUE SEIZE DRUGS WORTH OVER €3 MILLION IN DUBLIN PORT

The Revenue Commissioners on 28 August reported that routine operations, involving the deployment of Revenue’s mobile x-ray scanner and with the assistance of detector dog Meg, in Dublin Port led to the seizure of 36 kg of suspected cocaine and 11 kg of suspected MDMA in a container arrived from Europe on a ferry. 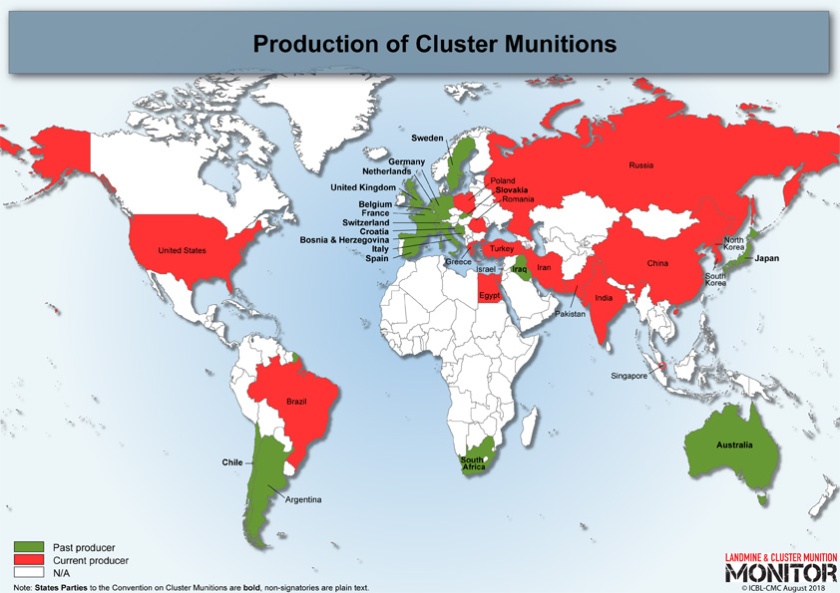 OCCRP on 28 August reports a Buzz Feed story about 127 companies registered to the same few offices in London where employees claim they never heard of them and some of the companies accounts appear obviously bogus, BuzzFeed said.  The companies were established by others based offshore and controlled by businesspeople from the Ukraine, Russia and other post-Soviet countries. All of them bear the name of a dentist from Brussels who told BuzzFeed that he knows nothing about them but that he did sign some papers for some friends while he was living in Latvia.

On 28 August, the Isle of Man launched a consultation on the Bill to update the Island’s laws around charitable activity and the charitable sector in general, improving the effectiveness of the registration and regulation of charities.  It retains the requirement that any Manx charity must have a substantial and genuine connection with the Island. The consultation runs to 5 October.

On 28 August, Accountancy Daily reported that the UK government has unveiled proposals to shake-up the insolvency regime, including hefty fines or disqualifications for directors who dissolve companies to avoid paying workers or pensions, in response to a consultation on corporate governance  within companies which are in or are approaching insolvency – which ran March to June 2018. The government has now said it will strengthen the insolvency framework in cases of major corporate failure in a number of areas. As well as tackling so-called ‘phoenixing’, where directors dissolve one company and then start up a near identical business with a new name, the new rules would also give financially-viable companies more time to rescue their business.

The UK report is at –

TLT Solicitors on 24 August published a report on the update issued by FOS on 21 August.  It says that there are growing concerns from the regulators, HM Treasury and the FOS in relation to the increasing sophistication of payment fraud scams and whether enough is being done to protect and educate customers.  It says that, apart from official initiatives, the industry is also working together to produce the industry code on tackling authorised push payment (APP) scams which aims to give greater protection and a better chance of reimbursement to victims.

The update is available at –

Sandler Travis Rosenberg on 28 August reported that US Customs and Border Protection has posted to its website a list of recommended business practices to address the risk of forced labour in global supply chains.  CBP encourages stakeholders to closely examine their supply chains to ensure that imported goods are not mined, produced, or manufactured, wholly or in part, with prohibited forms of labour; i.e., slave, convict, forced child, or indentured labor.  To that end, the agency has recommended the Department of Labor’s Comply Chain principles for creating a social compliance system as a best business practice.