KENYA: MYSTERY OF ILLEGAL CARGO THAT ARRIVED ONLY QUARTER-FULL

On 19th August, the daily Nation reported that detectives probing the illegal importation of a huge consignment of cigarettes from Montenegro, and shipped from St Petersburg by Maersk, are trying to solve the puzzle of the 49 containers that were found to be only a quarter full.  The consignment that was previously believed to be some 196 million cigarettes; at least 5 each for each Kenyan man, woman and child, has now put Kenya on the spot as a major illicit tobacco trading and transit point.  Shipping manifest data show that the cigarettes were shipped in 2 consignments, 44 containers by Quality GS Limited registered in the name of Rose Chebet (a household  help) and Xplico Insurance Limited owned by a Kenyan, Mr Patrick Ndirangu and two foreign nationals Keith David Beekmeyer (American) and Mr Altaf Husein Bhurawala (British).  The smuggling ring is said to use the free zones like Dubai as they make their way into the country turning Kenya into a country used on paper to dispatch the goods from their countries of origin in the illicit trade and tax evasion racket.

Ezega in Ethiopia reported that police says the weapons were made in Turkey, imported by road and were seized after tips from the public.

Calvin Ayre on 18th August reported that a casino in Argentina apparently played a key role in disrupting an alleged money laundering ring connected to Islamic militant group Hezbollah, and linked to the lawless tri-border area of Brazil, Argentina and Paraguay.  In July, Argentina’s Financial Information Unit (UIF) froze the assets of Clan Barakat, which is linked to Assad Ahmad Barakat, who is designated by OFAC.  Barakat and 13 other individuals linked to the Clan reportedly paid hundreds of visits to Casino Iguazú, which is close to the tri-border area, over the past few years.

Zero Hedge on 18th August reported that the Mexican Navy personnel had seized 50 tons of methamphetamine, allegedly from the Sinaloa Cartel, in the most significant drug bust of this kind in the history of Mexico.  The synthetic drug was discovered in a rustic laboratory and 2 separate underground bunkers.

RUSSIAN SPACE EXECUTIVE AND 2 OTHERS CHARGED WITH FRAUD

The Seattle Times on 19th August reported that Russia’s top investigative agency says it has detained a deputy head of the nation’s top space corporation, Alexei Beloborodov – a deputy director general of the state-controlled RKK Energiya company, on fraud charges.  He has been detained along with 2 associates, it is said, on charges of attempted fraud.  Energiya is the maker of the Soyuz crew capsules and the Progress cargo ships that deliver crews and supplies to the International Space Station.

Hurriyet Daily News in Turkey on 19th August carries an AFP report that Prime Minister Andrei Kobyakov, several vice-premiers as well as the ministers for economy and industry will also lose their posts after a corruption scandal that saw top officials arrested.  Even the head of the security services in the country dubbed “Europe’s last dictatorship” called for an overhaul of the system in the wake of the arrests.

The Dundee Courier on 19th August reported that James Ward, 65, allegedly defrauded investors out of around $400,000 US dollars under a scheme involving deals to buy metals such as gold, silver, and platinum and operating in Florida from September 2007 to March 2010.

On 19th August, the daily Nation reported that detectives probing the illegal importation of a huge consignment of cigarettes from Montenegro, and shipped from St Petersburg by Maersk, are trying to solve the puzzle of the 49 containers that were found to be only a quarter full.  The consignment that was previously believed to be some 196 million cigarettes; at least 5 each for each Kenyan man, woman and child, has now put Kenya on the spot as a major illicit tobacco trading and transit point.  Shipping manifest data show that the cigarettes were shipped in 2 consignments, 44 containers by Quality GS Limited registered in the name of Rose Chebet (a household  help) and Xplico Insurance Limited owned by a Kenyan, Mr Patrick Ndirangu and two foreign nationals Keith David Beekmeyer (American) and Mr Altaf Husein Bhurawala (British).  The smuggling ring is said to use the free zones like Dubai as they make their way into the country turning Kenya into a country used on paper to dispatch the goods from their countries of origin in the illicit trade and tax evasion racket.

The UK Directory on 17th August reported that 2 men and a woman, who smuggled cigarettes into the UK hidden among fish pumps, table tops and cigarettes among packaging for army toys, and dummy camera boxes have received sentences totalling more than 10 years in jail after an investigation by HMRC.  Border Force officers at Heathrow Airport, discovered hidden tobacco that had arrived from China and referred it to HMRC for investigation.  They used lock-ups at 6 storage facilities across London to store the illicit cigarettes and hand-rolling tobacco, evading £475,000 in unpaid excise duty in the process.

Business World in the Philippines reported on 18th August that authorities plan to auction over a million kilograms of smuggled refined sugar in the custody of the Bureau of Customs.  The sugar, misdeclared as packaging materials, kitchen utensils and kraft paper, were seized early this month from 45 20-feet containers.  It is said to consist of of 2,914 bags of 50 kg each from Thailand and 2,167 bags of 30 kg each from Korea.

On 17th August, IOL reported that, according to Mast (Maritime Asset Security and Training), a risk management and security company, the volume of heroin being trafficked through southern and East Africa’s coastal countries has risen dramatically in recent years.  Another research paper undertaken for Enact – Enhancing Africa’s Response to Transnational Organised Crime – which is funded by the EU, referred to the eastern ­seaboard of Africa as the Heroin Coast.  Furthermore, n 2015 the UN Office on Drugs and Crime said South Africa was the regional hub for drug trafficking.  While most of this heroin was destined for Western markets, there was a spin-off trade for local consumption.

On 18th August, the New Zealand Herald reported that a global investigation into wealthy businessman Edward Gong probes his links to New Zealand and the tax affairs of his brother in Auckland.  An Auckland plumber who declared less than $1000 in income over 5 years but Yu Ping Gong and his company earned $2.1 million in that time, according to the police, and he now has lost nearly $5 million worth of property following an investigation into his tax affairs.  Police claimed undeclared income paid for a property portfolio worth more than $9m.   8 properties were frozen by the High Court under the Criminal Proceeds Recovery Act, Gong denied tax evasion but agreed 6 of the 8 Auckland properties, worth $4.9 million, can be sold in a deal made with the police.  His brother, Xiao Hua Gong (aka Edward Gong), was accused of running a $202 million pyramid scheme in China.  He was arrested in Canada and charged with fraud and money laundering in December.  It was discovered he had transferred $77 million – allegedly profits from the pyramid scheme – into New Zealand bank accounts over 7 years and nearly $70 million has been frozen under the Criminal Proceeds Recovery Act – easily the largest amount since the law came into force in 2009.

Public Finance International on 15th August reported that efforts to tackle money laundering and terrorist financing in the DRC are inadequate, according to report from The Sentry.  The country’s “rampant illicit finance problems” put the financial system at risk as corrupt individuals use the weak law enforcement, inadequate legal framework and the largely cash-based economy to launder money.  One quote is that systemic corruption continues to eat at the Congolese state’s ability to effectively serve its people, as well as fuelling violent conflict.

The report can be accessed at –

i24News on 18th August carried an article saying that Oscar Centeno, a former driver of Argentina’s Deputy Infrastructure Minister minutely detailed hundreds of illegal payments he personally delivered from several local companies and businessmen to different addresses in Buenos Aires, including the residence of former President Cristina Fernandez Kirchner and the Government House, among others – as a sort-of self-insurance policy for his witness to an extensive network of Argentine black money.  The ‘Notebooks Gate’ continues to explode as other alleged participants in a network of corruption under Fernandez de Kirchner voluntarily approach the courts, seeking ‘forgiveness’.  The judiciary has also come under pressure as they pursue witnesses.

On 17th August, a House of Commons Library briefing paper discusses the background to and content of the Bill that became the 2018 Act, and details the Bill’s progression through the legislative process.  It explains that nuclear safeguards are measures to verify that countries comply with their international obligations not to use nuclear materials for nuclear weapons.  Safeguards were introduced as part of the 1968 Treaty on the Non-Proliferation of Nuclear Weapons (aka the NPT Treaty) where the nuclear weapon states (China, France, Russia, UK and US) undertook not to transfer nuclear weapons or support manufacture or acquisition of weapons by non‐nuclear weapon states.  As a result, non-nuclear weapons states undertook to have international monitoring of their nuclear material by the IAEA and nuclear weapons states voluntarily accepted the same monitoring.  Since becoming a Member State, the UK has been part of the EU Euratom organisation and one of Euratom’s roles is to implement safeguards on nuclear material across Member States.  The 2018 Act makes provision for nuclear safeguards after the UK leaves Euratom.

JERSEY: RETAILERS RENEW CALLS FOR GST TO BE APPLIED TO ALL IMPORTS

The Jersey Evening Post reported on 18th August that members of the Jersey Retail Association have called for GST to be charged on all goods going into Jersey – saying that Jersey Post manages to collect VAT on behalf of the UK government on goods being shipped out of Jersey, so a similar system could be used to charge 5% on those coming in.

GUERNSEY – “CANNABIS TRADE BODY IS NOT WORKING WITH STATES”

Guernsey Press on 18th August reported that the Government’s Health & Social Care has distanced the States government from claims by a cannabis trade body to be working with it – but has confirmed it is exploring the opportunities of establishing a hemp and medical cannabis industry in the island.  It said that the Cannabis Trades Association UK has made statements claiming to be authorised by the States, incorrectly stating that the CTA are involved in the ongoing work being undertaken by the States in respect of the hemp and medicinal cannabis industry.

US AGENCIES ARREST SCAMMERS AFTER REPORT ON MEDICARE FRAUD

OCCRP on 17th August reported that, in the wake of a report earlier this month that reported on massive fraud in US hospice services, US government agencies have announced a new strike force that would deal with the problem and brought several scammers to justice.  It reports that the largest fraud case was in Florida, where the FBI arrested 8 men who set up a slew of pharmacies that scammed the government and private insurers out of $100 million in the course of 4 years.

Port Technology on 16th and 17th August published 2 articles saying that whilst the initiative i is still in its early stages, there are facts about the road that you should know.  Each article provides 10 facts about the “Belt” (the maritime element) and the “Road” (the landbased element). 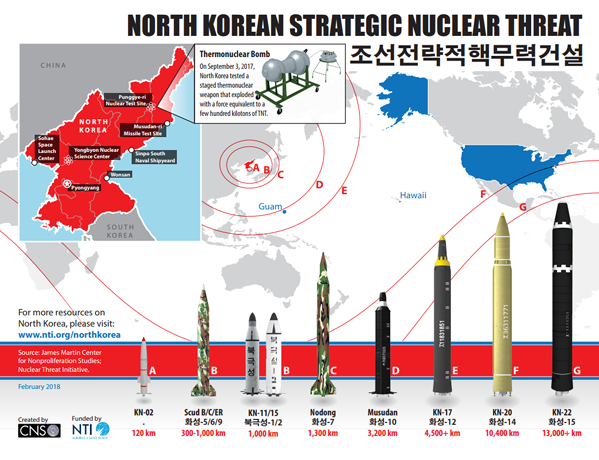