On 19th June, The American interest carried an interesting and informative article – strongly recommended to provide a historical context to the current situation of the US in AML matters – which starts by saying that for decades, the US has been one of the leading destination havens for wealthy individual offshore investors; and that despite record corporate profits, soaring inequality, and high debt levels, the US is on the verge of the US becoming the largest tax haven in history.  It notes that the most striking omission from the recent EU blacklist was the US.  It then notes that, as of 1960, there were only about a dozen secrecy havens that really counted, mainly in Europe and the Western Hemisphere. As of 2018 there are more than a hundred “conduit and destination” havens, in every time zone.  The article claims that only in the arenas of law enforcement and national security is the US somewhat “disadvantaged” when it comes to attracting dodgy money.  It says that the US has been a technical “tax haven” of sorts since the early 1920s, when it first introduced zero taxes on the interest income earned by “non-residents aliens” on their U.S. bank deposits though few foreigners bothered to take advantage of this rule.  The first large-scale inflows into the US arrived in the late 1960s and early 1970s from Latin American drug cartels – as a result, the US Treasury then implemented stricter rules for currency deposits in banks, but these remained loosely enforced until the 1980s.  Then, in the mid-1980s, the first surge in flight capital inflows to US banks appeared, mainly from heavily indebted developing countries like Mexico, Venezuela, Argentina, Brazil, Nigeria, and the Philippines; and the favourable tax benefits enjoyed by NRA who bring their financial and human capital to the US have expand dramatically since the 1980s.  The article claims that cross-border investors are finding that when it comes to secrecy and asset protection, it is hard to do better than LLC or trusts provided by “onshore” states like Delaware, Nevada, Wyoming, and South Dakota, especially when it comes to buying US real estate – this trend beginning with Wyoming’s pioneering creation of “limited liability companies” (LLC) in 1977 though by the late 1990s LLC were available from all 50 U.S. states.  However, it notes that the US Treasury and Congress have to date opposed public registration of ultimate beneficial ownership for companies, LLC, and trusts and they have declined to support reciprocal information exchange with all other OECD members, let alone the Tax Global Forum or the world at large.  The article concludes by saying that if any jurisdiction in the world deserves to be “blacklisted,” by the EU or anyone else, it is the US. 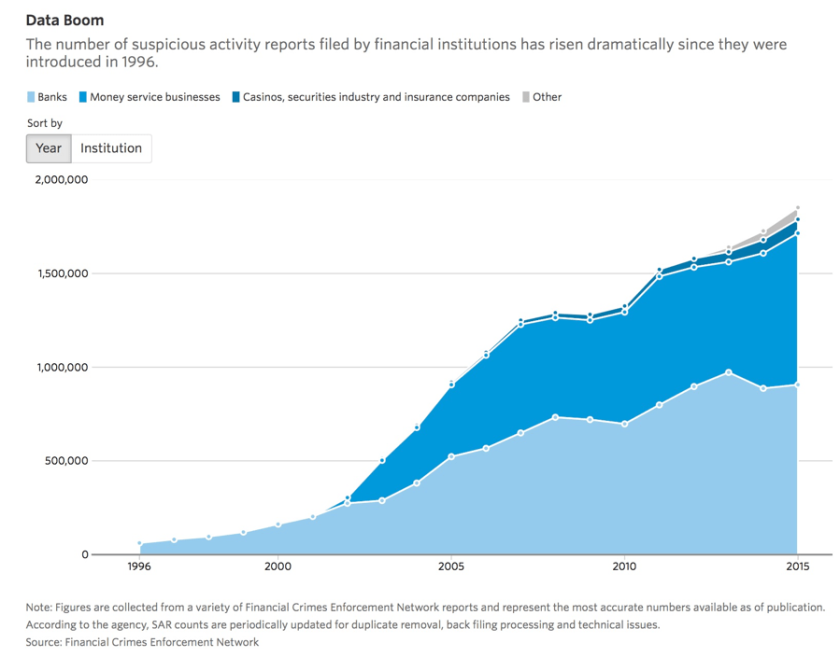