In this Chatham House video webcast, Dr Garrick Hileman explains the basic concept of a blockchain, outlining some of the technology’s current uses as well as suggesting a number of potential future applications that could revolutionize the global economy.

NON-US COMPANIES BEWARE: US EXPORT LAWS MAY APPLY TO YOU

Torres Law on 6th April published an article that cautions that non-U.S. companies involved in the re-exporting of US goods or technology should familiarise themselves with the applicable US export laws, regardless of where they are located.  This is because the US export and economic sanctions laws have wide ranging extraterritorial reach.  While companies with little or no connection to the US may think they are not subject to US jurisdiction, recent enforcement cases are a stark reminder that this is not the case.  US laws apply to US-origin products wherever located, and this includes foreign products containing US-origin components or incorporating US-origin technology controlled by the US export laws.  The article briefly explains the relevant US laws and cites the recent ZTE case as an example of effects on foreign companies.  It then explains steps needed to comply with US law, including saying that exporters and re-exporters should prepare for any end-use checks conducted by the US government.

Undercurrent News on 6th April reported that Norway’s 3 largest salmon farmers (Marine Harvest, Cermaq Group and Leroy Seafood Group) said they are not selling salmon to China via Vietnam, after a crackdown on smuggling by Chinese authorities caused prices to increase, with a smuggling operation closed down that was said to have smuggled around $100 million worth of salmon.  The article says that last year, in total, Norway exported 23,085 tonnes of whole, fresh Atlantic salmon to Vietnam.  China levies a 10% tariff on fresh salmon imports plus VAT of 11% on net value.  The article says that UK direct fresh Atlantic salmon exports to China were worth $87.8 million in 2017, but UK fresh salmon exports to Vietnam were worth far less at $7.3 million.  Video appears to show boxes seized in China bearing the mark of a Scottish salmon farmer.

The Irish Times on 6th April reported that 203 litres of beer, 89 litres of wine and approximately 22 litres of spirits with a combined retail value of approximately €3,000 were seized from a van arriving in Dublin from Holyhead.  It was discovered concealed in furniture, when officers stopped and searched a Latvian-registered van.

Shearman & Sterling on 6th April published an article about the FCA publishing on 27th March a consultation on adding a proposed chapter on insider dealing and market manipulation to its Financial Crime Guide.  This Guide is not part of the FCA’s rules but it is a guide to assist firms in implementing the regulator’s rules.  The FCA is proposing to add a new chapter on insider dealing and market manipulation to the Financial Crime Guide.  The consultation paper also covers other minor amendments proposed by the FCA, including updating the Guide to reflect the introduction of the Money Laundering Regulations 2017 and removing outdated references on Sanctions.  Responses are required by 1st October.

Reuters on 6th April reported that JP Morgan Chase has acknowledged in its legal response to a lawsuit filed by Nigeria that it knew a former Nigerian oil minister convicted of money laundering would benefit when it transferred over $800 million of government funds to a company he controlled.  The court case relates to the transactions when Royal Dutch Shell and Eni bought offshore oilfield OPL 245 from Malabu Oil and Gas in 2011.  Malabu is controlled by Dan Etete, who was Nigeria’s oil minister at the time of the deal and was convicted of money laundering in France in 2007.  JP Morgan said the UK SOCA (now NCA) had approved the transfers to Malabu.

On 6th April, a news release from Isle of Man Customs and Excise confirmed that KHATIBA IMAM AL-BUKHARE (KIB) was subject to sanctions in the Island.

The Press & Journal reported on 7th April that Sergey Fedotov, 40, purchased Castle Grant near Grantown-on-Spey for £1 million in 2014 (after it was repossessed from the previous owner when he failed to keep up with mortgage payments).  He has now admitted a massive embezzlement while he was head of the Russian Authors’ Society (RAO), which collects royalty payments on behalf of writers.  He was arrested in Moscow in 2016 and jailed for 18 months in June 2017, but released on parole after 6 months.  Still the registered owner of Castle Grant, he put it up for sale in October for offers over £950,000 after he was ordered to pay back the money he had swindled from the RAO.

THE CLOUD ACT: BROADENING BOTH U.S. AND FOREIGN GOVERNMENTS’ REACH INTO INDIVIDUALS’ DATA

On 6th April, law firm Bryan Cave Leighton Paisner provided a briefing on the Clarifying Lawful Overseas Use of Data, or CLOUD, Act in the US.   The Act provides clarity for communications providers on obligations to secure and disclose information to US and foreign law enforcement.

On 5th April, CBC reported that an internal report by Financial Transactions and Reports Analysis Centre (Fintrac), Canada’s money laundering watchdog paints a picture of the country’s banks that’s far less flattering than that presented in a sanitised report it issued for Parliament and the public.  The confidential annual report — described as “not meant for public release” — was delivered to the Finance Minister, looked at Fintrac’s probes of 9 banks in 2016-2017 and found “significant” problems at 6 of the 9 banks — including problems in providing Fintrac with suspicious transaction reports (STR).  The banks’ poor showing is somewhat better than the “significant” non-compliance Fintrac found in the real-estate sector (75%) and the money services sector, such as payday loans (69%).  7 casinos selected for inspection showed 29% showing “significant” non-compliance. 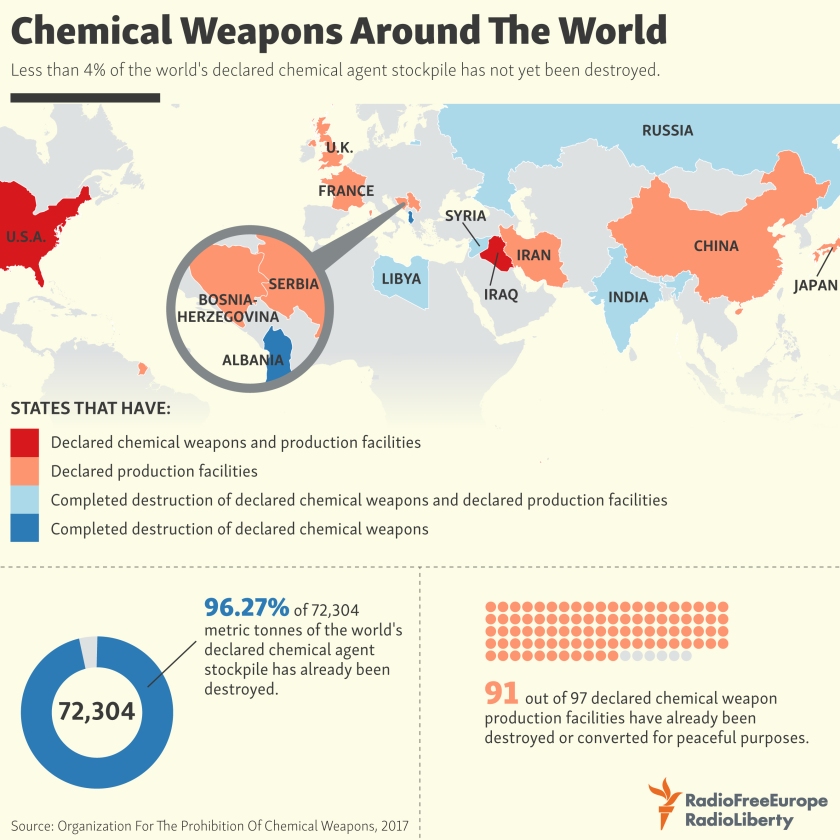 Swissinfo on 7th April reported that a Swiss engineer and an Italian entrepreneur were arrested in Rome by the Guardia di Finanza for illegally producing and selling the “drone ranger” anti-drone systems, which were for to the armed forces of certain Middle Eastern countries.  They can detect, track and neutralise UAV by jamming the remote-control frequency as well as the GPS navigation system, and are classified as war materiel by Italy.  The systems were to be exported to Spain and later sold to Arab clients but no request for permission to export was made to the foreign ministry. Those arrested had already signed contracts worth more than €3.5 million with other contracts worth around €36 million were to follow.

On 6th April, a news release from the EU Council announced that it had added 1 person and 21 entities to the list of those subject to restrictive measures against the DPRK, transposing into EU law sanctions imposed on 30th March by the UN Security Council Committee established by UN SCR 1718 (2006).  This includes the asset freeze targeting 15 vessels, the port entry ban on 25 vessels and the de-flagging of 12 vessels.  The necessary EU legislation will be published on 9th April.

The New York Times on 6th April produced a timely briefing on Vladimir L. Bogdanov, secretive leader of an oil giant – known as the “hermit of Siberia” because he has stayed close to his Siberian oil fields.; Oleg V. Deripaska, industrial tycoon tied to Paul Manafort – linked to UK and holding a Cyprus passport; Suleiman A. Kerimov, gold magnate and politician – he has been under investigation in France for tax fraud and money laundering, suspected of buying several villas in Cap d’Antibes through shell companies; Igor A. Rotenberg, heir to a construction fortune – son of Arkady R. Rotenberg; Kirill N. Shamalov, said to have been Putin’s son-in-law; Andrei V. Skoch, billionaire parliamentarian; Viktor F. Vekselberg, one of Russia’s wealthiest men – founder and principal owner of Renova Group, a large investment conglomerate with an array of assets around the world, including metals production, energy, telecommunications and banking companies.

The Times of India on 7th April reported that a jeweller and his son were arrested for attempting to illegally carry gold jewellery 2 days after they had been were detained at Kolkata airport following the dramatic recall of an IndiGo flight from the runway as it was about to take off for an internal flight to Hyderabad.  The gold, which was an export consignment supposed to be carried by the son to Dubai, was allegedly being diverted for sale in India.  The newspaper says that  questioning of the accused has revealed that the jeweller had smuggled what were meant to be “export” consignments of about 1,100 kg of pure gold jewellery to domestic markets in the last year alone.