The BBC reported on 21st February that 66 convictions were secured in the past decade for illegal landfill against individuals who collectively avoided more than £22 million of landfill tax.  The dumps, located in all 6 counties of Northern Ireland, contained nearly 750,000 tonnes of waste.  However, these figures do not include the cost, financial or environmental, of cleaning up the sites.  They also exclude sites which have been found, but for which no conviction has yet been secured.  Dumps were found to contain construction materials, plastics, household, skip, commercial, hazardous, metal, asbestos, municipal, oils and controlled waste, according to the NI Environment Agency; and the statistics do not relate to fly-tipping or small-scale dumps – but larger landfills containing between 525 and 56,741 tonnes. 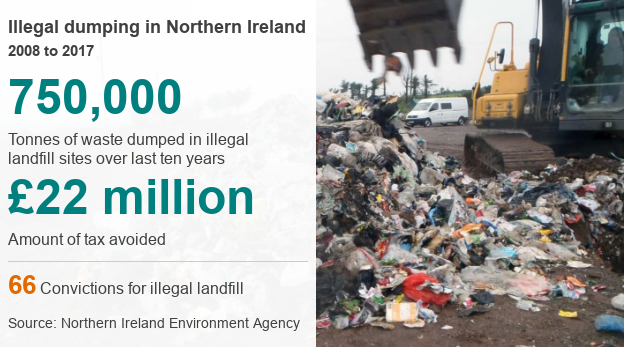